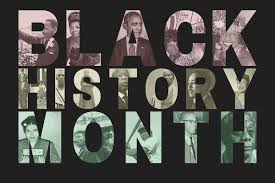 Black History Month is a month that we have to remember all of the black people who stood up for themselves and fought for their rights such as Rosa Parks, Martin Luther king, Jackie Robinson, Harriet Tubman, and many many more. Black history month began as a way to remember important events in history of the African American diaspora. Claudette Colvin was one of the first African Americans to stand up for what she wanted, Claudette stood up before Rosa Parks for keeping her seat on the bus. The first protest for black rights was in 1917. Imagine not having any power or a say in anything because of your skin color and you have to protest about it, just so that you can have a tiny bit of power.

This year’s black history month is said to be one of the most important celebrations of all due to everything that happened back in 2020, with all of the Black Lives Matter stuff.

The spirit of Black History Month goes beyond achievement. It is also about remembering and demonstrating that our lives and contributions are creative, industrious, trans formative and joyful. Given the traumas of the last year, it’s important to call out that our experience is about more than the deaths we protest and the pain we hope to heal. Black life is so much more than that. We are not only triumphant and resilient, black lives deserve to be celebrated and valued. their minds, their bodies, and their spirits are worthy of real investment.

History is important because it is a motivating story. Five years before Trump was leading mobs to storm the Capitol he was spinning a narrative, a history that went like this: White people run the world, always have and always will. They are besieged by all these needy, lazy, criminal darker races who come here and ruin things by existing.

That’s one history. But there are other, better, truer histories. The history of our Founding Fathers creating a legal framework designed to help themselves, but in doing so accidentally, like scientists in a lab, creating the virus of legally-mandated freedom. Which once loosed upon the world, not only infected them, but infected others, unintentionally: women, Blacks, other groups. Striking off their chains took blood and effort and sacrifice. And still does.

Their struggle is a story of American greatness. History that far exceeds the delusional bully’s swagger passing for patriotism for half of America, and worth a careful look. This might be the most important Black History month. Because we need its lessons now more than ever, a history that respects and reflects bedrock American democratic values that are under furious assault.

There was an earlier convention in Chicago, in October, 1853. The First Convention of the Colored Citizens of the state of Illinois. Their convention offered 37 resolutions, the first three rejecting the then-popular notion that American Blacks should go back to Africa. That was never going to happen.

”We will plant our trees in American soil, and repose in the shade thereof,” the convention declared.

Then they said something that, alas, is still relevant 168 years later.

”We are Americans by birth, and we assure you we are Americans in feeling; and in spite of all the wrongs which we have long and silently endured in this country, we would yet exclaim, ‘with a full heart, Oh, America, with all thy faults, we love thee still!’”

A sentiment endorsed in this city in 1853, an era when legal slavery gripped the Southern half of the nation and Illinois had just passed a law to return fugitive slaves.

If the most wronged people in America could still hold tight to its ideals, could proclaim faith in the country that enslaved and oppressed them, how could we, now, facing our present troubles, believe in that promise with any less conviction?

African Americans helped build this country. They built the White House, created the pacemaker, performed the first successful open heart surgery; they are also inventors of many day to day objects, such as, America’s first clock, automatic elevator doors, blood banks, the gas mask, ice cream, modern toilets, potato chips, traffic lights and the process of manufacturing carbons, which improved the method for production of carbon filaments used in the lightbulbs. The list goes on and on.

The civil rights movement and a growing awareness of black identity helped Negro Week evolve into Black History Month in many black communities. By 1976, President Gerald Ford officially recognized Black History Month, as he called on the public “to seize the opportunity to honor the too-often neglected accomplishments of black Americans in every area of endeavor throughout our history.”

In contemporary times, we still tend to take Black History Month for granted. We question why Black History Month even exists, and many people just want it to end; however, this Black History Month let us be different. Let us be grateful for those wonderful black men and women who sacrificed so much for us. Let us give them praise for their contributions and accomplishments to American society. Let us teach their historical events that transpired in the past; lastly, let us not just celebrate black history for a month. We should be celebrating it everyday without Black lives we probably couldn’t be here, where we are today,