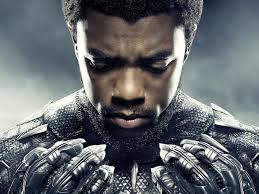 Chadwick Boseman,The actor that portrayed black Panther and many beloved characters has died tragically at the age 43 His death was caused by colon cancer which he was diagnosed with in 2016. Despite several  surgeries he portrayed many characters throughout the years, some movies he is featured in are From Marshall, Da 5 Bloods,and many more. Many admirers and friends have expressed many things about Boseman for example the actor Mark Ruffalo has tweeted”Brother, you were one of the all time greats and your greatness was only beginning. Lord love ya. Rest in power, King.” Before his acting career, he attended Howard University, a historical black college in Washington D.C. His death was announced on Jackie Robinson Day, a national day made for the baseball player whom Boseman has portrayed. Some more Films he has been cast in would include 42 and Get on it. The life of Boseman has affected the life of many people.